a film by Su Friedrich
65 minutes, B&W, USA, 1996, 16mm
DVD includes: English and Spanish Subtitles, Scene Selections, Two Bonus Films “Gently Down the Stream” and “But No One”

‘Hide and Seek’ tells the story of Lou, a twelve year old girl coming to terms with her budding sexuality in the mid 1960’s. Her bittersweet tale is skillfully interwoven with clips from a wide array of scientific and educational films, as well as interviews with adult lesbians who recount their adolescent attractions to girls, how they felt when they first heard the word lesbian, where they fit in the butch/femme continuum, and their thoughts about how they became baby dykes. ‘Hide and Seek’ is for every woman who’s been to a slumber party and every man who wonders what went on at one. 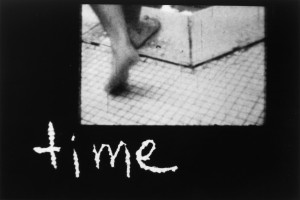 “‘Gently Down the Stream’ can be described about as easily as you can hold on to a handful of water. When the last image leaves the screen, you may not be able to say what you’ve seen, but you know what you’ve felt.” Stuart Klawans, The Nation 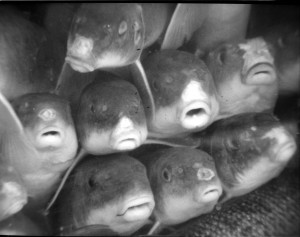 “The visual material of ‘But No One’ corresponds to the waking world of the filmmaker, but it is cast in the form of a dream. Its compact constellation of repeated images is satisfying, an important part of Friedrich’s ongoing exploration of film’s ability to work like dreams and convey a unique, personal vision.” Janet Cutler, Women’s Experimental Cinema: Critical Frameworks

“‘Hide and Seek’ is rueful, funny, multifaceted and sharply intelligent.”Stuart Klawans, THE NATION

“‘Hide and Seek’ is ‘A Girl’s Own Story’ for lesbians. Friedrich has woven a rich and provocative tapestry that assaults complacent assumptions about pubescent desire and lesbian identity, all the while raising important questions about the representation of racial and sexual fantasy life…Thoroughly engaging from beginning to end.” Yvonne Rainer, filmmaker and Professor, UNIVERSTIY OF CA, IRVINE

Schedule a Screening and Host a Filmmaker Q&A