The Story of Plastic is a searing expose, uncovering the ugly truth behind plastic pollution and the false solution of plastic recycling. Different from every other plastic documentary you’ve seen, THE STORY OF PLASTIC presents a cohesive timeline of how we got to our current global plastic pollution crisis and how the oil and gas industry has successfully manipulated the narrative around it. From the extraction of fossil fuels and plastic disposal to the global resistance fighting back, THE STORY OF PLASTIC is a life changing film depicting one of the world’s most pressing environmental issues.

“The Story of Plastic is an important lesson in the entire life cycle of plastic production and a global call to action. (It) examines all the benefits and consequences of our reliance on plastic products. It is highly recommended for academic, public and high school library collections” EMRO (Educational Media Resources Online) Kimberly A. Plassche, Univ of Buffalo
Read the entire review

“3.5 Stars.  Sobering…The film is a truly immense project, as it takes viewers to places including the Philippines, Texas, India, California, China, and various others around the globe. One key thing the film illuminates is the flawed idea of recycling. While a good method to use for glass and metals, recycling plastic is often futile, as the material usually degrade when recycled. The film does a good job not detailing the dangers of plastic refuse washing ashore, but how all this garbage came to be.”  Kevin Hall, Video Librarian, July 2021
Read the entire review

“Plastic. What was once a futuristic, affordable product for the post WWII masses, has become a global pollution catastrophe. It only takes a few glimpses of mountains of trash or oceans floating with debris to become infuriated. There are a lot of topics to dig into during Deia Schlosberg’s The Story of Plastic–how it was sold to the public, transparency about recycling, the unfathomable amount of money linked to its production, the damage it causes humans and animals. All are addressed in the film, some more effectively than others due to the sheer scale of the subject matter. VERDICT The Story of Plastic is an eye opening journey into the complex world of plastic and although it tries for a hopeful ending, viewers concerned with the environment may end up wondering if the pro-plastic infrastructure can truly be stopped.” Josh Blevins Peck, Library Journal, May 2021

“This documentary provides the context, the world-view and the information that can be used as the basis for classroom discussions and activities not only focused on particular disciplines, but also the complex interdisciplinary nature of society. The Story of Plastic is the story of society, it is the story of us.” Sherri Mason, Professor of Chemistry, Sustainability Coordinator, Penn State

“The Story of Plastic challenges my students to think critically about the societal and corporate influences that have led to our current plastic crisis. It has been a huge eye-opener for them, and it kindled some very productive discussions on how we craft policies that get to the root cause of the problem.” John P. Tippett, Professor, Department of Earth and Environmental Sciences, University of Mary Washington

“The Story of Plastic shows us a hidden crisis of global scale in our oceans. It destroys the myth that plastic always gets recycled. It exposes the machinations of the fossil carbon industry that have made us all highly dependent on plastic. And it gives us hope that alternatives are possible.”  Christopher Bystroff, Professor, Biological Sciences, Rensselaer Polytechnic Institute, Chair of the Green Sanctuary Committee, Albany Unitarian Universalist Society

“A powerful new film. [With COVID 19 raging] some industries are cynically exploiting it to push for rollbacks and greater license to pollute. The plastics industry is a case in point. It’s intertwined with the fossil fuel industry, since petrochemical byproducts of fossil fuel production are the feedstocks for plastics. As demand for fracked gas declines, the two industries have been working to channel overproduction into producing more plastic, and they’re playing the angles to stoke demand. Judith Enck, Newsweek
Read the entire review

“The film exposes the flawed and failed prophecy of recycling, which works well for glass and metals but fails miserably at dealing with plastics. Only 14 percent of plastics are recycled and only 2 percent effectively, the film explains. Most plastics degrade when recycled and don’t end up made into something as useful the second time around.” Tara Lohan, Deputy Editor of The Revelator
Read the entire review

“Thoughtful engaging documentary…exposes the flawed and failed prophecy of recycling, which works well for glass and metals but fails miserably at dealing with plastics. Only 14 percent of plastics are recycled and only 2 percent effectively, the film explains. Most plastics degrade when recycled and don’t end up made into something as useful the second time around.” Karen Conrad, Scenestr
Read the entire review

“A documentary that will never let you see plastic the same way again” Zoë Schlanger, Quartz
Read the entire review 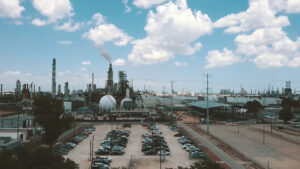 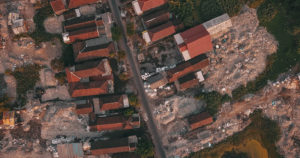 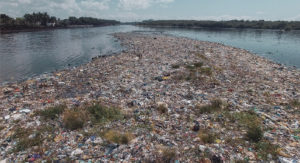 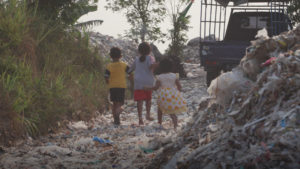 Rent The Story of Plastic