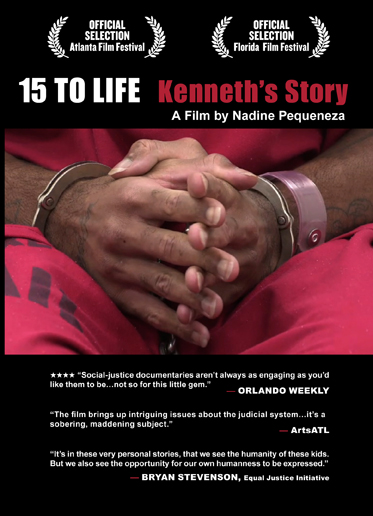 The United States is the only country in the world that routinely condemns children to die in prison. This is the story of one of those children, now a young man, seeking a second chance in Florida.

At age 15, Kenneth Young received four consecutive life sentences for a series of armed robberies. Imprisoned for more than a decade, he believed he would die behind bars. Now a U.S. Supreme Court decision could set him free. “15 to Life: Kenneth’s Story“ follows Young’s struggle for redemption, revealing a justice system with thousands of young people serving sentences intended for society’s most dangerous criminals.

“Highly recommended…this is a powerful and disturbing documentary.”

“Recommended. This thought-provoking program will stir discussions about the criminal-justice system and the prevalence of teenagers “serving sentences intended for society’s most dangerous criminals.”

“Recommended . This cutting edge film will bring the viewer into a discussion and evaluation of whether our nation’s juvenile justice system needs to be revised or modified when it comes to adult waiver. Waiver is the procedure of adjudicating a minor as an adult and exposing them to the full extent of the adult criminal process and correctional system. America’s juvenile system is only slightly over 100 years old, but may be in need of revision.

“Harrowing. . . . Depicts a justice system that only perpetuates the sort of violence it was intended to keep in check.” 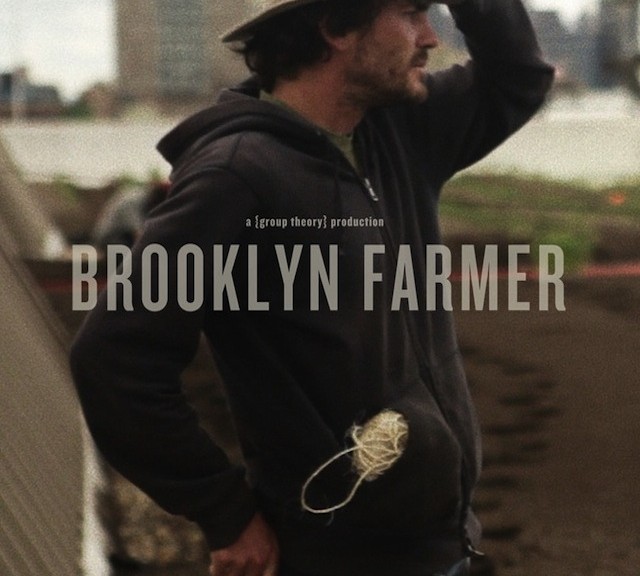 “Highly Recommended.  Brooklyn Farmer covers organic urban rooftop farming as a business. Audiences are convincingly offered a perspective on the cost of farm labor’s exposure to pesticides versus the increased cost of organic vegetables. One urban rooftop farmer cites that “small scale organic farming is un-controversially good.” Further, the director gives reasons as to the benefit of urban farming in plain language citing aesthetics, supply chain reduction and human health. Moreover, the original score by Matt Abeysekera enhances the production value. Viewers are given informative and legible text throughout segments that further serve to educate.” EMRO

Recommended. “Michael Tyburski’s documentary short looks at the mission of Brooklyn Grange, a cooperative consisting of NYC-based organic “urban farmers” who haul more than a million pounds of soil up to a suitably sturdy, sunlight-surrounded rooftop in the Brooklyn Navy Yard. Their goal: to create one of the largest metropolitan roof-farms ever—complete with chickens and beekeeping (using a hive evicted from its former home, a fire hydrant)—with produce going directly to nearby markets. What is most interesting here is that the interviewed crop-growers are entrepreneurial young professionals from backgrounds in finance and non-profit management, who are seeking to make a more positive, sustainable change in the world.” Video Librarian

“This title has been recommended for young adult readers. Both rural and urban teens may be inspired to try their hands at organic gardening.” Booklist

“For years, I’ve relied heavily on documentaries  to help my students understand how broken our present corporate food system is. Enter ‘Brooklyn Farmer,’ an inspiring, invigorating portrait of what urban farming can and should be. Upon watching, my students immediately reached for their shovels and began digging.” David Silver, Associate Professor, Media Studies, Environmental Studies, and Urban Agriculture, University of San Francisco

Welcome to the virtual classroom for the film Brooklyn Farmer! We hope to enrich your educational experience so we invite you to take some time to look over the material we’ve assembled on this page for you. If you’re a teacher, please don’t forget to check out the study guide and teachers forum for help in deciding how you might like to use the film in your class.

Schedule a screening & Q/A with the filmmaker 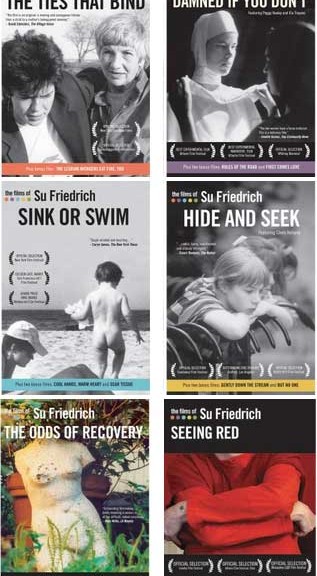 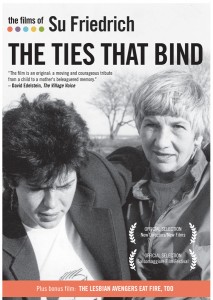 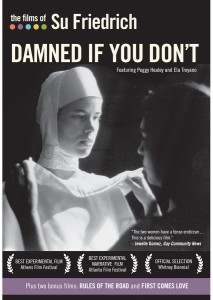 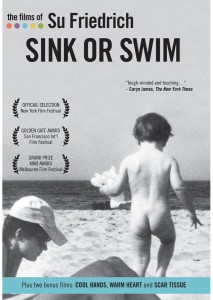 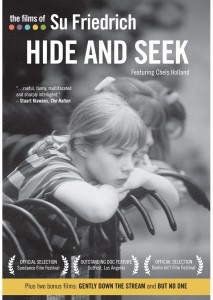 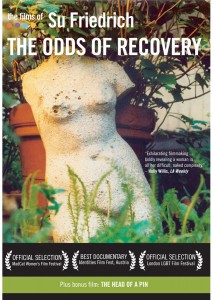 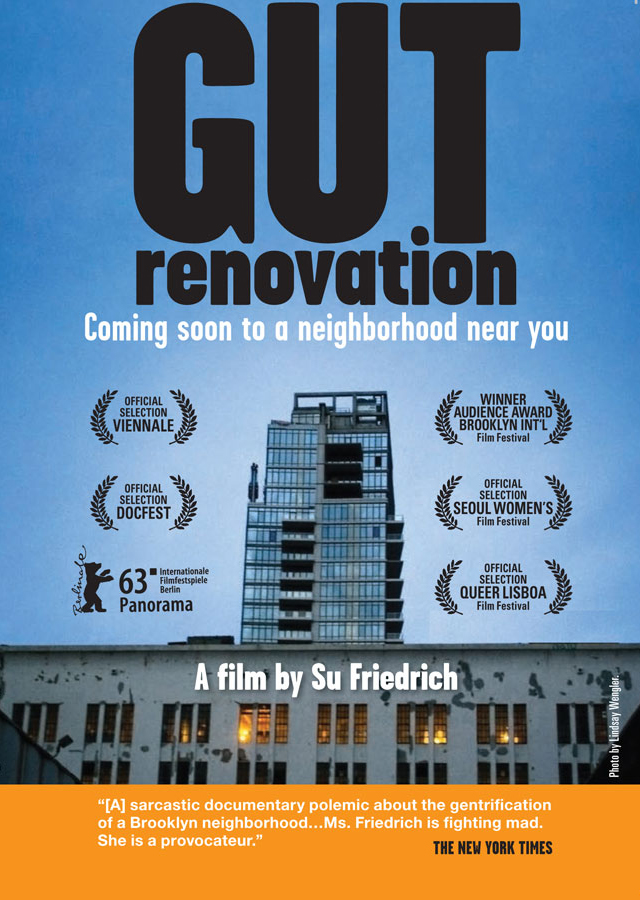 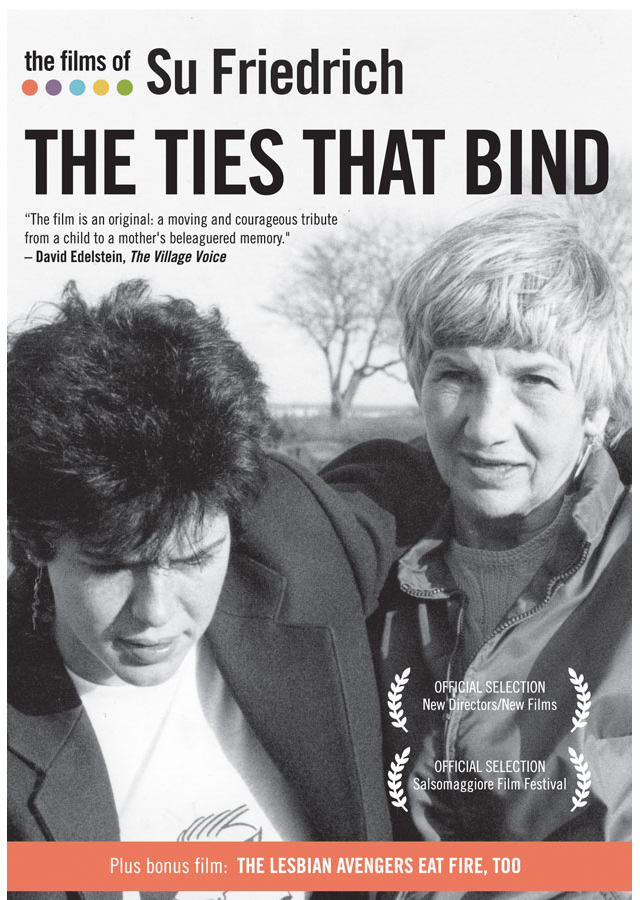 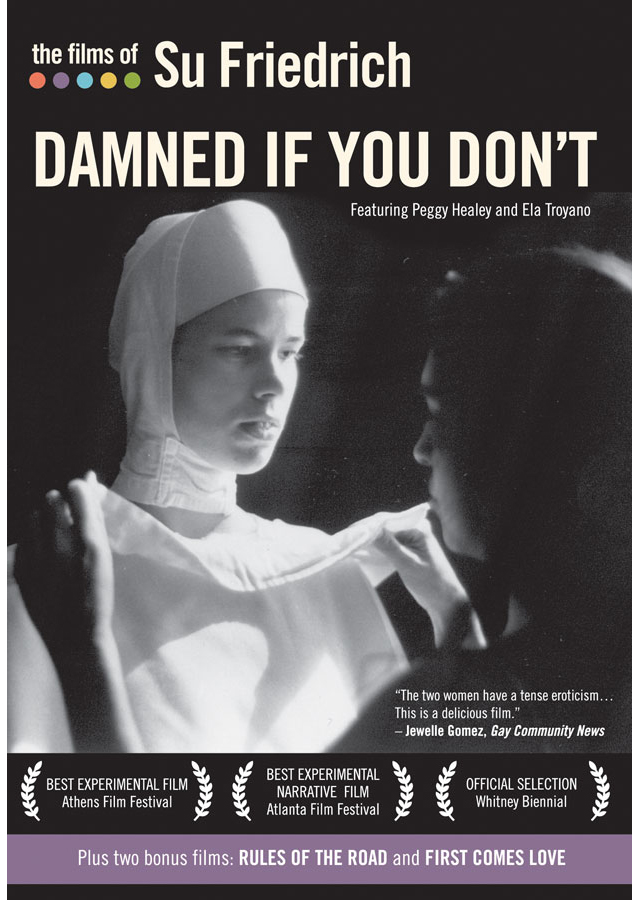 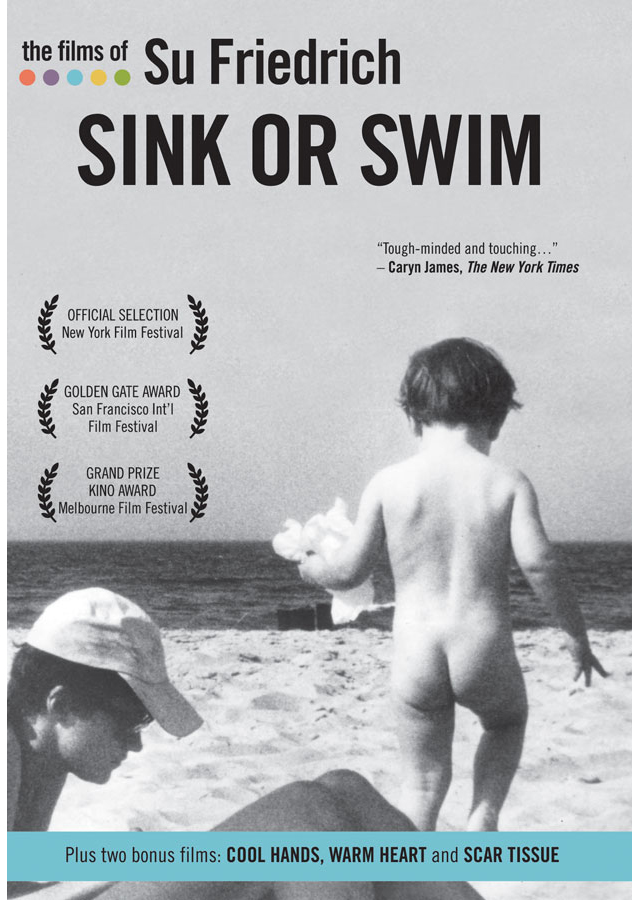 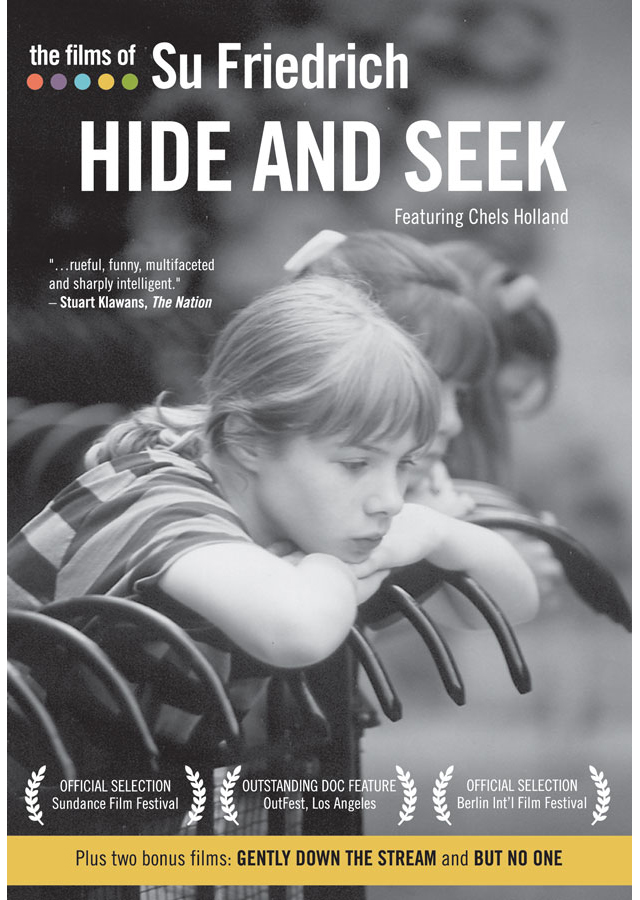 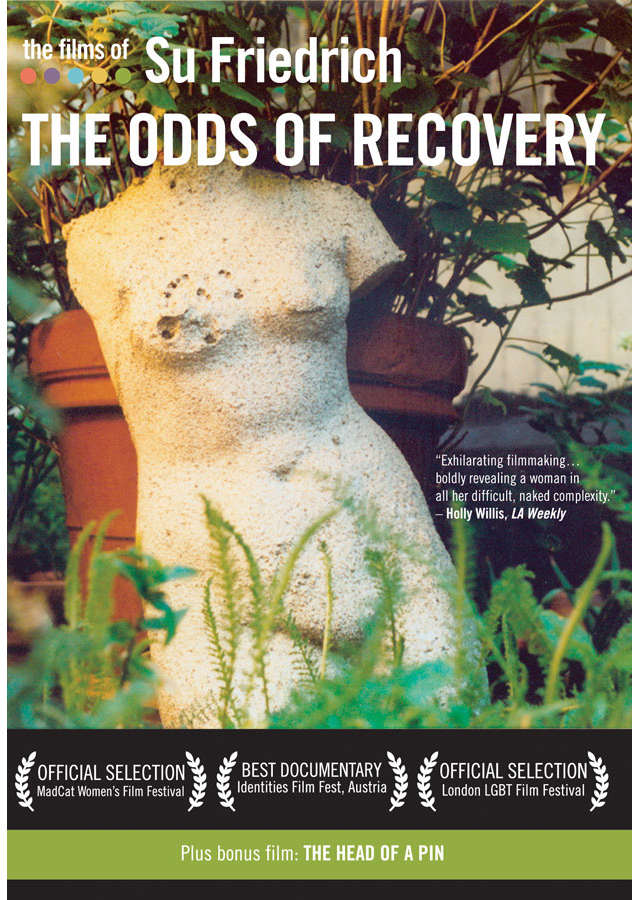 Stream Individual Films
Personal Use Only

“As stated on its website,  ‘Children of Srikandi’ is the first film by queer women about queer women from Indonesia.  In addition to the crucial issues addressed… the transnational collaborative processes should be underlined as they would potentially lead to more affiliations and exchanges on gender and sexuality issues in a wider cinematic and social landscape.”

“The film’s tagline, ‘breaking the code of silence,’ is not an overstatement since silence was (and is still) pervasive. Hence, despite the limited space for exploration, the filmmakers have courageously presented their views on various issues, ranging from the memory of growing up as queer, the tension with their families and religion, and confining labels given in the society (as well as within their own lesbian circles). The value of ‘Children of Srikandi’ lies in its process, of ‘coming out’ as a collective, and within it filmmakers help one another as actors and collaborators.”Intan Paramaditha, Pacific Affairs: Volume 86, No. 4 – December 2013

“Intercut with evocative Indonesian shadow theatre and poetic stories, ‘Children of Srikandi’ is a poignant film which explores gender, sexuality, class and religiosity through the voices of queer women in Indonesia. Using the mythological figure of Srikandi as a beacon for transgendered people we are reminded of the fluidity of gender through art and compelling personal narratives.” Nandini Sikand, Assistant Professor, Lafayette College, Film and Media Studies

“’Children of Srikandi’ is the exact film that should emerge from contemporary queer Indonesia, where homosexuality is technically legal yet remains taboo. With its eight chapters each shot in a different mode, by eight different first-time filmmakers, but connected through the traditional wayang kulit (shadow theater), ‘Children of Srikandi’ creatively and articulately engages the complexity and dynamism of Indonesians’ attitudes toward questions of gender, sexuality, kinship, and embodiment.” Brian Bergen-Aurand Assistant Professor English and Film School of Humanities and Social Sciences Nanyang Technological University

“This film gives a unique and moving insight into the lives and dreams of members of one of the most abjected groups in Indonesia, young lesbian women. Telling their own stories, of love and pain, they demonstrate their courage and perseverance.” Saskia Wieringa, University of Amsterdam

Return to Children of Srikandi

More Reviews – Damned If You Don’t

“Rules of the Road”

“…the light, almost whimsical tone of the film should not blind us to the part of it that is irreducibly personal. Station wagons are everywhere; everybody’s got a sad love story. But only one filmmaker, to my knowledge, has Su Friedrich’s eye….With Rules of the Road, she creates a film like a perfect short story.” Stuart Klawans, THE NATION

“A study of the kind of separation anxiety that never makes it to the therapist, a funeral parade for a love that gets comically, and ironically, stuck in traffic.” Susan Gerhard, SAN FRANCISCO BAY GUARDIAN

“Friedrich is able to convey a very complicated range of emotions with incredible precision. You want to get married, you’re freaked out by marriage. Gay or straight, you’re blown away!”Sarah Schulman, Author, After Delores


“Throughout, Friedrich keeps a gracious distance, building a critique that doesn’t patronize the very real, very naked emotion she captures. A virtuoso of clarity, Friedrich recasts the personal as political, makes the public curiously intimate.”Manohla Dargis, THE VILLAGE VOICE

Return to Damned If You Don’t

More Reviews – The Odds of Recovery

“…the deft interplay of voices, words and images creates a steady accretion of metaphors and insights that are sharp and multilayered. While Friedrich effectively critiques Western medicine and demonstrates exhilarating filmmaking skills, its true achievement is as self-portraiture, boldly revealing a woman in all her difficult, naked complexity.” Holly Willis, LA Weekly

Return to The Odds of Recovery